1. Low degree of resource development-At present, the economically explosible hydropower resources in Myanmar are 48500MW, and the developed and installed capacity is 3254MW, less than 7%.Annual natural gas production is about 17.8 billion cubic meters, accounting for 0.7% of proven reserves.Annual production of oil is about 4.5 million barrels, accounting for 0.14% of proven reserves;The proven coal reserves are about 540 million tons, and the annual output is about 693,000 tons, accounting for 0.14%;There is only one 40MW photovoltaic power station in China, and there are no wind power or geothermal projects.

2. Unreasonable power structure - From the perspective of power structure, hydropower has a large proportion, and most of them are runoff power stations, and the power stations have poor self-regulation ability, coupled with the lack of inter-power dispatching, leading to a large amount of water abandoning in high water period, insufficient output in low water period, and great difference in output between abundant and dry water.In addition, the current unreasonable electricity price mechanism in Myanmar leads to insufficient gas supply, low utilization rate of gas power station equipment, and limited compensation capacity for hydropower in dry season.

3.The hydropower resources in Myanmar are mainly distributed in the east, north and northwest, while the oil and gas resources are distributed in the central and western parts, while the load centers are in the central part. There is an obvious mismatch between the resource-intensive areas and the load centers.However, as myanmar has not yet formed a unified national power grid, the coverage of the grid is limited, lack of long-distance power transmission conditions.At the same time, there are many distribution lines in the network structure of single loop and single loop, and the transmission distance is long. The line loss of the main network exceeds 13%, and the line loss of distribution network exceeds 25%.Some substations or power stations are connected in miscellaneous ways, too much voltage class, resulting in transmission line corridor tension.The technology and equipment of the power grid in Myanmar are backward, the power grid protection, control and communication equipment are overall old, and the automatic control and relay protection function is insufficient, so the real-time and effective monitoring and protection of the power grid cannot be carried out.

1. Planning first - The sudden construction of power stations cannot solve the current problems in Myanmar, so it is necessary to start with planning, carry out the overall design of its power grid and power supply, and refine the scheme according to local conditions by combining the characteristics of regional power load and geographical location.

During the planning, we should give priority to the economic development trend of Myanmar, give priority to meeting the current social development needs, gradually build a clean, stable, intelligent and reliable energy structure, realize the nationwide coverage of the power grid as soon as possible, and consider the power export in the later period.

2.1. Hydropower - Given the difficulties faced by large-scale hydropower projects and the current state of economic and infrastructure development in Myanmar, enterprises should focus their development efforts on medium-sized hydropower stations.

In the selection of projects, on the one hand, the region with relatively simple environment and few ethnic problems is selected; on the other hand, local elements are introduced in advance and internationally renowned experts and institutions are invited to participate in feasibility study and environmental assessment.

At the same time, we should conduct multi-dimensional and multi-media publicity before the project starts, find the right media to tell the story, draw the blueprint and do the community work well.

2.2. Thermal power - Due to the cyclical impact of water resources, the output of hydropower stations in Myanmar differs significantly between high and low water periods. In order to improve the safety and reliability of grid operation, gas-fired and coal-fired power stations are essential.

In recent years, with the continuous progress of technology, the cost of photovoltaic power generation has been reduced by 90%, and the clean and low-carbon characteristics, more than 150 countries have introduced corresponding supporting policies. However, Myanmar is still in the policy window period, and the conditions such as electricity price need to be discussed with the government on a case by case basis.

Considering the load characteristics and current grid situation in Myanmar, enterprises can consider the use of photovoltaic power stations in combination with existing hydropower stations and gas-fired power stations, select projects with mature conditions for key promotion and priority implementation, and lock some high-quality projects as reserves.

In June 2019, Myanmar announced a new round of electricity tariffs, ranging from 8.75 cents to 10.85 cents for industrial use, and up to 30 cents in parts of Dalin Dari province.

Enterprises can consider combining regional characteristics to provide scenic and diesel storage solutions for hotels, factories, remote provinces, islands and old power stations, and provide electricity buyers with cheaper and more reliable electricity.This kind of scheme has strong reproducibility and can be promoted quickly after pilot. 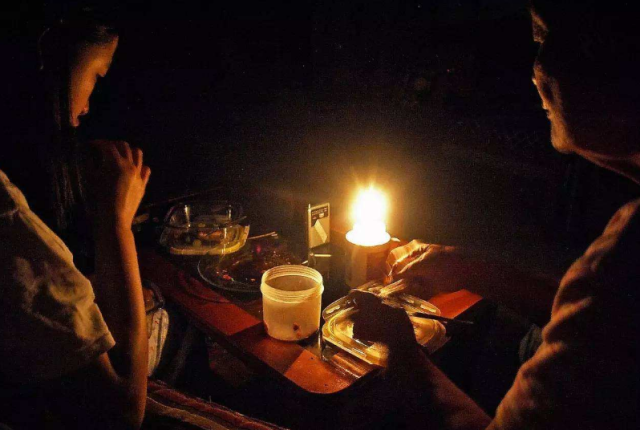 Previous: What are The Core Materials of CT